As I sat down to write this post, my skin pricked with excitement. In case it isn’t obvious from my earlier posts, I take my music (and my dance parties) pretty seriously, and I couldn’t wait to curate a list of prime Summer-worthy jams to share with you all.

I gathered all my tools – Spotify, Shazam, pictures on my phone, and texts I had sent myself because I never know where or when a song is going to grab me. I created a short set of rules to narrow things down:

And let me tell you, it wasn’t nearly as easy as I thought it’d be to get it down to 5 Favorites! I just can’t seem to narrow it down any more. And so, without further ado, I present my 5(x2) Friday Favorites – Summer Songs for Shaking It: 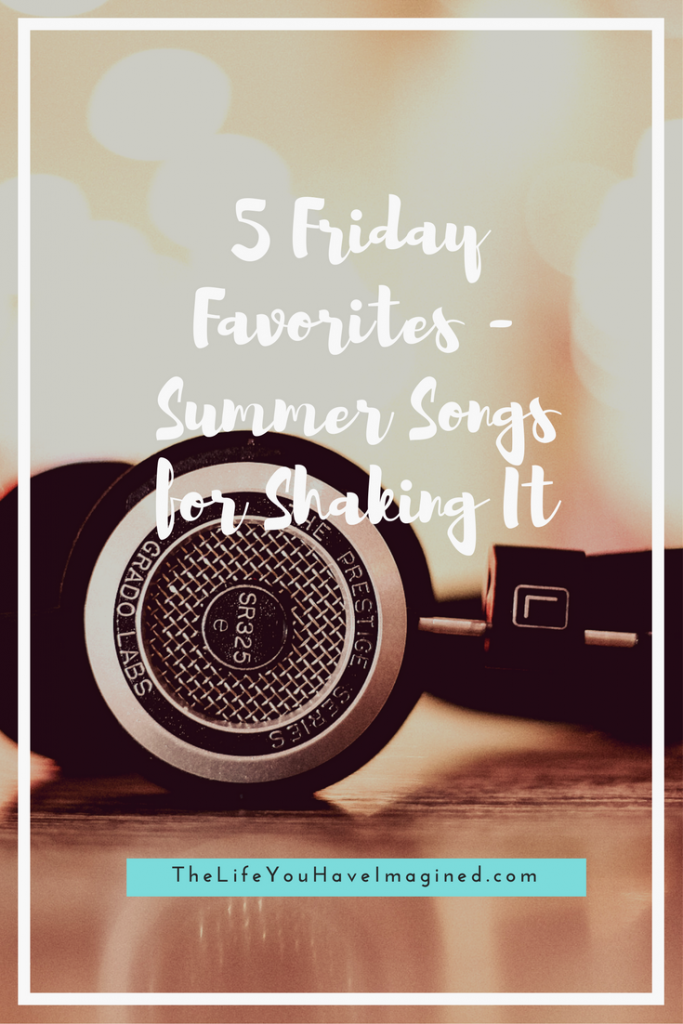 3. “There’s Nothing Holding Me Back” – Shawn Mendes  Illuminate (Deluxe)

9. “Whatever It Takes” – Imagine Dragons  Evolve

What are your favorite summer songs right now?