When I finally found him, it felt as if the universe worked to bring us together. It was just after 10:00 p.m. in late November, 2011. I was living with my kitty, Wayne, in a studio in an art collective and had just climbed under the covers. I grabbed my laptop off the bed next to me and checked my email one more time. There was a note from an online dating site saying I had a new message. It was late, but I felt compelled to read it, so I did. Something about the message just felt right. I responded immediately and received a return note right away. After a couple of quick but enchanting exchanges I broke one of my cardinal rules. I gave him my number that first night. We sent a couple of quick texts before drifting off to sleep. A week later, we went on our first date, and now we’ve been married for two years. I broke a lot of my rules with Chris, but there was something about him that felt right. 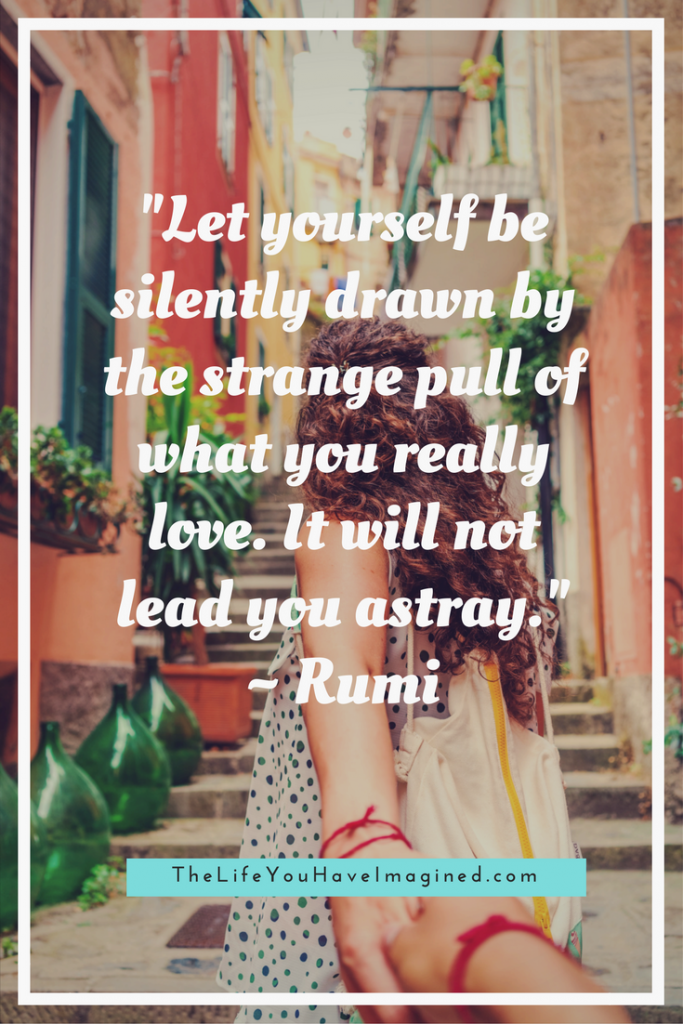 5 thoughts on “Rumi: Wise Words of a 13th Century Poet”